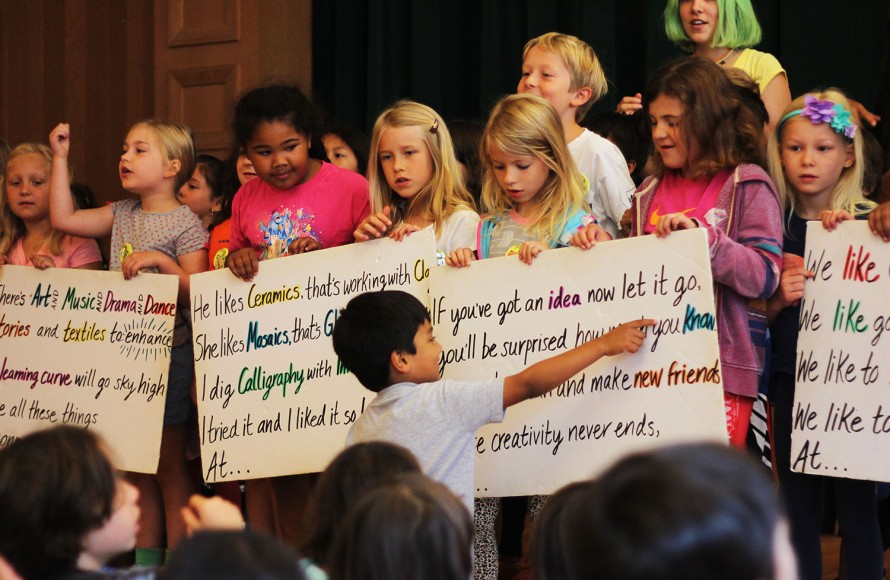 Established in 1995, Grace Institute is the result of an extraordinary vision and commitment between the Rev. Stephen V. Schneider and Grace Memorial Episcopal Church to increase the parish’s responsiveness to the needs of the urban community through innovative programming.

In 1997, in response to declining funding for arts education in Portland Public Schools, a group of artists who were also part of the Grace parish created Grace Art Camp. Along the way generous support was received from the Watt Edwards Family Endowment. From this base other art programs have been created for children, youth and adults:  Grace Academy, Grace Art Camps, Grace Arts for Peace Camp, Spring Camp, and Grace Art Classes.

In 2005, Grace Institute established itself as a separate secular 501(c) 3 non-profit corporation and a structural relationship with Grace Parish remains.

Esme Culver was director of Grace Institute and Grace Art Camp from 2006 through 2015. Under her direction, the camp turned its vision and mission outward to increase an awareness of global concerns and connections.  In 2010, campers and staff raised funds for disaster relief in places our artists and campers “traveled” such as $12,000 for earthquake relief in Haiti, during our summer in the Caribbean.  This focus evolved into the creation and support of two art camps abroad:  the first in Kenya in 2011 and, the second, in Peru in 2014 in partnership with Quechua Benefit.  Two Art Camps have continued independently in 2015 and 2016.

In response to September 11, Arts for Peace Camp was created. Following a few years of inactivity, it was then re-imagined in 2011 as Building Bridges to Peace and Understanding—Arts for Peace Camp. Grace Institute added a Spring Break Camp in 2012 dedicated to the continual awareness of the resiliency of the human heart finding its expression through the creative arts.

In the spring of 2019, Sharon Loomis-Malin was named Executive Director and now serves as both the ED and Camp Director, working alongside the fabulous year-round team of Mariann Koop-McMahon (Registrar & Operations Manager), and Annie Rimmer-Weeks (Business Manager & Bookkeeper).