The Board of Directors

Art and the act of creative expression are opportunities for people to experience agency, community, and change. Be a part of this change by joining the Grace Institute Board of Directors. We are specifically in need of members with skills in fundraising, capital campaigns, project development, strategic planning, outreach development, and diversity, equity and inclusion. If you would like to be part of building Grace Institute’s next phase of growth, please contact the Executive Director, Sharon Loomis-Malin, or President of the Board, Evelyn Prater.

THE BOARD OF DIRECTORS

Evelyn Prater (President) works with Environmental Health & Safety at Portland Community College. Before that she was a chemistry lab coordinator for a university in Georgia. She has only been a member of Grace Memorial for a short time but has loved Grace Institute and Art Camp since she learned about them. In her free time she enjoys quilting, knitting, and going on hikes with her dog Julia.

Leslie Mills (Treasurer) joined the Board in the spring of 2019 and is the grandparent of a current art camper. Leslie is recently retired from 30 plus years in the financial services industry, providing long term financial planning and investment management for individuals.  Sixteen of those years were spent as the managing principal of the local Waddell & Reed office.  In her free time she enjoys spending time with her family and traveling.

Alysson Enriquez (Secretary) recently joined the Board in early 2021 and is co-founder of Butterfly Boxes, a local non-profit centered around welcoming newly arrived refugees to the Portland area. Alysson is a former kindergarten teacher (Masters in Teaching from Lewis & Clark) most recently with the Llewellyn School in Portland. Alysson has two children that are regular Grace Art Camp attendees for the past five years.

Cathy Gibson has been involved with Grace Art Camp since she moved to Portland from the south coast about 10 years ago. A retired Kindergarten teacher from Coquille, Oregon, Cathy is a member of Grace Memorial Episcopal Church.  She has two daughters and three grandchildren — her grandchildren have all attended Camp.  Cathy particularly enjoys gardening and sewing.

Robert Randall (Artist Representative to the Board) started working in education at the age of 12 as a volunteer at OMSI. That same year his stop-motion animation was featured in a commercial for the Imperial Hotel Christmas window. Robert’s video work has also been featured in the Microsoft Mediaroom campaign. For over seven years Robert was with Portland’s Tears of Joy Theatre as an educator, videographer, and performer. Each year Robert works with hundreds of students in residency programs all over Oregon and Washington. He is also an artist, luthier, and maker of things fine and semi-fine. His wood inlay work is just lovely!

Charles McGee II (Grace Memorial Episcopal Church Vestry Liaison) fled the Liberian Civil War in 1991, joined his brother at Grace Memorial and later reunited with his entire family. Charles holds a B.Sc. in Political Science, B.A. in Secondary Education, M.Ed. in Educational Administration, diploma in Criminal Justice Administration and a graduate of College for Congregational Development. Charles is active on several committees and is a grandparent of Grace Art Campers.

John Peyton Snead joined the Board in early 2021 and brings nearly 30 years of both public and private planning and project management experience to Grace Institute. Peyton has a diverse background in community and environmental planning, asset management, sustainability, resiliency, and facilities planning and development, as well as public policy development and program implementation.  Currently a Planner and Project Manager for HDR Engineering, Inc., Peyton previously performed military installation planning for Department of Defense clients around the world, and environmental and community planning projects for state and local municipalities in several regions.  Peyton is a member of Grace Memorial Episcopal Church and believes that Grace Institute and Grace Art Camp have had a profound impact on the greater Portland community.  His children have participated in Grace Art Camp as campers and more recently camp counselors, and he notes it would be hard to overstate how vitally important this experience has been.

Martin Elfert (Rector of Grace Memorial Episcopal Church) is both an Art Camp parent and the Rector (i.e., the Senior Pastor) of Grace Memorial Episcopal Church. A former stage manager, Martin is convinced of the transformative power of beauty: in the words of the Egyptian novelist, Naguib Mahfouz, “Art is the language of the entire human personality.”

Recent Retirements from the Board:

Stephen Weeks (Secretary) is an Associate Professor and Theatre Department Chair at Lewis & Clark College in Portland. He began teaching there in 1995. He has also taught at Reed College, Brown University, and the University of Washington. He has a Ph.D. in Drama and Humanities from Stanford University. At Lewis & Clark, he teaches dramatic literature, acting, directing, and play writing and directs plays. Along with his wife Denise and daughter Lily, he has been a proud member of the Grace community for over ten years. On the side, he loves running, hiking, movies, and rock music.

Alicia Cash (Past President) is parent to a former art camper and now camp counselor. A member of the Grace community for many years, Alicia is passionate and caring in her unwavering support of  Grace Institute and the community created and shared with children, youth, and artists in Portland.

Susan Germundson (Presidential Team) is a teacher at Irvington School and has been teaching for over 30 years. She is also one of the founding members of Grace Art Camp and has been a member of Grace Memorial since 1992. She and her husband, Curt, live on a small farm in Gresham and have two grown children.

Tracy Suzuki is the parent of two Grace Art campers.  Her oldest daughter has been attending Grace Art Camp since 2013.  Tracy lives in Southwest Portland and works for an electrical contractor as a Project Coordinator.  She holds a BS in Business from Cornell University.  She is a lover of music, languages and cultures and has studied abroad several times.  Her favorite countries to visit are Italy, Sweden, Brazil, and Japan. 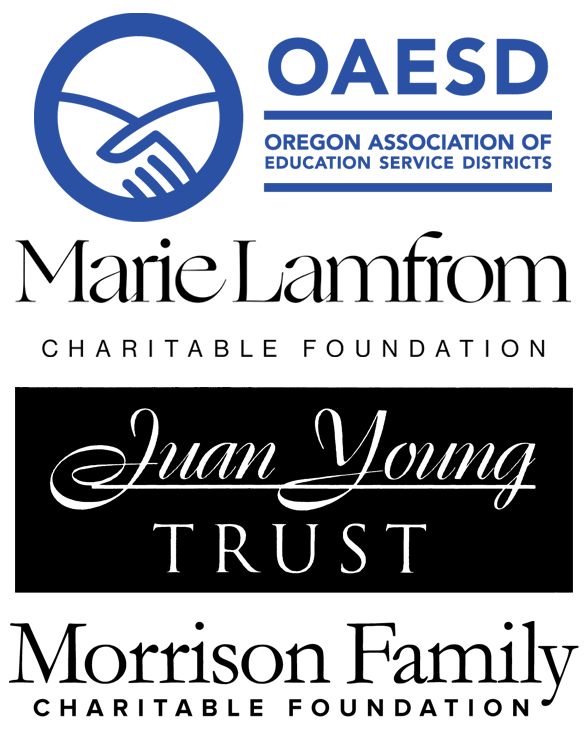